The beginning of May saw the annual Earthwatch debate held at the Royal Geographic Society. Titled, ‘Does nature come with a price tag?’, this familiar argument has been at the forefront of conservation debates for the past decade and has truly divided opinion amongst top academics and environmentalists. As always, the discussion was lively and opinionated and despite my entering into the debate slightly cynical at the thought of another regurgitated debate on the issue, it seems thinking has progressed a long way. Despite this, consensus on the title question of the debate remains a distant dream; the room divided almost equally at the close of the event.

So who is right? The stereotyped ‘idealists’ and ‘dreamers’, contesting that nature has ‘inherent value’ and that it is impossible to put a price tag on nature, or, the pejoratively so-called ‘neoliberal pragmatists’ who contest that only when nature is incorporated into our current economic system will its preservation be taken seriously by policy makers. The answer appears to be evasive, if not impossible. However, it occurred to me that perhaps it’s because we are asking the wrong question. It seems that the way in which the issue is framed is rather counterproductive, albeit well suited to attracting interest for an event; controversy and arguments are, after all, best-sellers. 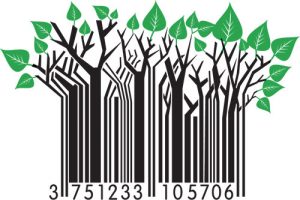 ‘Does nature come with a price tag?’ – Not only does this create conflict between groups with different values, but I believe it’s also an argument each one of us has internally. Let me explain. When pressed, I think it’s fair to say the majority of people who have concern for the environment would agree that yes, the natural world should be preserved for reasons beyond its financial value, whatever those may be for the individual in question. Unfortunately, the critical realist inside us recognises the enormous challenges that this approach takes. In other words, our heart says we should value nature for what it is but our existing experiences and knowledge tell us more is needed for the environment to be ‘valued’ in our current political system. It’s easy to forget or cast aside the fact that the economic valuation of nature, so-called natural capital, is simply a mechanism we created to protect the environment; one that fits with our current political system and the neoliberal capitalist economy. Clearly though, this mechanism causes many of us to feel uneasy. Perhaps this boils down to the sticky conflict we find between approaches dominated by social norms on the one hand and market norms on the other.

People in a society are bound by certain unwritten rules. These rules and practises are often referred to as norms. Research has highlighted that people behave differently under different sets of norms and which set of norms people respond to at any given time is determined largely by context. To use the example provided by Dan Ariely in his book ‘Predictably Irrational’ a situation dominated by social norms would be when your mother-in-law invites you round for a beautifully prepared, Sunday lunch with the family, or maybe you help a friend move house. A situation dominated by market norms would be a simple transaction in a shop for example where money is exchanged for flowers, or coffee. Fairly simple and straight forward so far. However, the important point is that problems arise when these two sets of norms are applied incorrectly. Suppose you stand up at the end of the meal in front of the whole family and write a cheque for the beautiful meal and service you have just received, carefully itemised covering all labour and raw materials. Or perhaps you ask for payment from your friend for the time you have lost out of your day instead of keeping quiet and repaying the favour at a later date as would be expected.

So herein lies part of the friction with this nature capital debate. Removing the social from the ecological, taking the humanity out of nature; it’s just not OK with some folk. The intrinsic value-ers of course, are quick to point out the dangers of applying market norms to social constructions like nature. However, without providing a viable alternative to market forces, the ‘dreamers’ and ‘pragmatists’ will continue to bicker on this sticky issue. Instead of bickering over an unattainable answer surely it’s time to move the debate forward again based on what we have learnt?

So what questions should we be asking? Perhaps ‘Why doesn’t our current political system capture the more intangible aspects of nature?’, ‘How can we change this?’, or ‘How do we best implement valuation methods for protection of nature?’, ‘How do we identify and mitigate the dangers of residing nature to market norms?’, moreover ‘How can we highlight some of the psychology underlying this argument so we are aware of it and can predict and mitigate its effects?

I have no doubt this debate will continue for years to come and like many others I actually agree with both sides, and yes that does make sense. If we don’t put a price tag on nature to create value for it in the current global economy, our ability to leverage favourable policy decisions for its protection seem limited. On the other hand, the idea of commodifying something I believe to be so innately important to human wellbeing deeply troubles me. Personally I would like to see an alternative politics, one that recognises the core importance of environmental protection and most importantly our interaction with it. Unfortunately, until such a viable alternative system is demonstrated that encapsulates the priceless in a way we can relate to as human beings, it seems we are stuck with commodifying portions of the environment for our superficial benefit and the uneasy feelings it stirs inside.