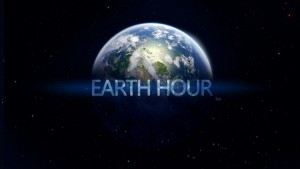 Climate change is not something of the future. It is here now, driven in part by rapid consumption of fossil fuels, deforestation and unsustainable agriculture. Last year WWF (World Wild Fund for Nature) wrote an article that outlined the climatic events of that year, illustrating that the changes seen are of growing concern. In particular, 2015 was officially the hottest year on record, winter sea ice in the Arctic reached a record low, and the heavy haze that hit Southeast Asia was created by slash-and-burn clearing of tropical rainforests by oil palm companies. 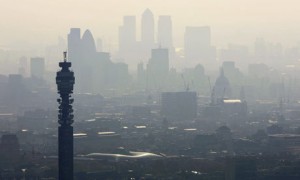 There is scientific consensus that the climate is getting warmer, and what action to take has been discussed in government for years, yet progress is painfully slow. So slow, that a group of young people are taking the US government to court  over their inaction, a case that I will be following with interest. Closer to home, a recent YouGov poll commissioned by environmental lawyers ClientEarth found  that 75% of adults in London support taking ministers to court to make them improve air quality in the capital. The consistent flouting of European laws put both our environment and our health at increasing risk, not to mention at an alarming financial cost to the tax payer.

People are fed up. There is a growing sentiment that change is needed, but how can we act? What can we do when the problem seems so monstrous? In this frustrating context, it’s no surprise that Earth Hour is growing in popularity. At 8.30pm (local time) on the 19th of March 2016, millions of people around the world turned off their lights to raise awareness of global warming. This annual global event aims to unify individuals, communities, corporations, and households in support of a healthier planet.

Earth Hour started in 2007 as a small ‘lights off’ movement in Sydney, Australia to save energy and promote awareness about environmental issues. Its popularity grew, prompting WWF to become a sponsor. Earth Hour has since become a global phenomenon, with 120 million participants from 7000 cities and towns in over 172 countries.  This year, Earth Hour asked us to help end climate change, promote awareness and drive the #ChangeClimateChange movement forward with 2016 marking the events 10th anniversary. The public responded, making this the biggest event yet. Initial figures indicate that 1.23 million individual actions (on-the-ground activities, digital actions and climate petitions) and 6,600 events took place across a record 178 countries.  400 iconic landmarks turned off their lights, including the Sydney Opera House, Big Ben and the Houses of Parliament, the Empire State Building and the Eiffel Tower. 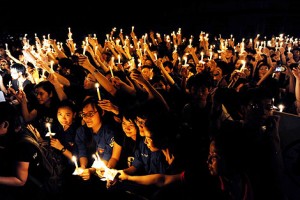 Many people feel unable to make a difference to climate change. This event unifies people around the globe to make their voices heard: Alone we are unable to fight climate change, together we can. But, is Earth Hour doing all that it could do?

Earth Hour’s growing popularity is testament to the fact that it is clearly an excellent tool to engage with the general public. When the ‘lights off’ event began, it was highly novel and innovative. Ten years on and with 120 million people taking part, is it still pushing the same boundaries? Perhaps it’s time to use that same innovation to push for more than awareness raising, or to lobby governments more effectively. Does the huge support for the event mean that its frequency could be increased, which may in turn have a conservative, but still meaningful, impact on our annual emissions?

The one-hour event continues to remain the key driver of the movement, but I’m torn as to whether or not that is a positive thing. On one hand, campaigns that unite people and don’t ask for much in return are a positive thing as they facilitate involvement in global issues and provides a platform for discussion and wider education. A recent study on ‘armchair activism’ (or ‘slactivism’ as it is often derogatorily called), found that it does actually does have an important role in social movements, much to the dismay of its critics.

On the other hand, I wonder if Earth Hour allows us all to feel like environmentalists, without actually doing much at all. I’m curious to know how many people finished Earth Hour yesterday to return immediately (knowingly or not), to unsustainable behaviours that contribute heavily to global carbon emissions, while feeling good about their previous positive, but short lived, contribution to the fight against climate change.

I can understand how this is is easily done and I reserve judgement. It can feel like it is almost impossible to avoid having an impact, no matter how hard we try. I read a shocking article last year that explained how a kettle boiled twice a day in the UK uses five times as much electricity as someone in Mali uses in a year. Although I like to think that I am relatively environmentally aware and try to source food as sustainably as possible, the electricity I use to fuel my tea and coffee addiction is not something I had ever given much thought to.

When faced with such a large scale problem, it’s easy to fail see how our individual behaviours have a cumulative impact on carbon emissions. With 120 million people joining in with this event, Earth Hour could be better used as a platform to change this by informing us on the links between our everyday behaviours, the effects this has on global climate change and the small changes we can make everyday to make a difference all year round. In 2012, Earth Hour launched such a platform called ‘I will if you will’ that encourages people to make a difference beyond Earth Hour. This is a great idea, but sadly there was no mention of it in much of this years press. It seems to get lost in the promotion and excitement around the annual hourly event.

I like Earth Hour. I think it’s doing a great job of lifting our spirits and drawing attention to the need for action. I just hope that, with surely harder times ahead in the battle against climate change, we are prepared to change our lifestyles in different ways and give more than one hour of darkness.