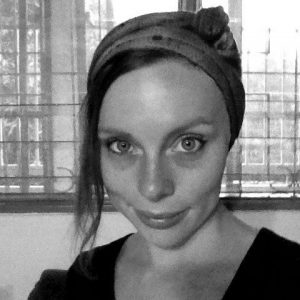 I am interested in the relationship between people and the environment and the need for accurate and cost effective monitoring methods. I am particularly interested in the use of social science for conservation as I believe the resource needs and ecological knowledge of local people should be understood and incorporated into conservation research if subsequent interventions are to be effective and sustainable. My past experience has focussed on the use of social science to gather data on natural resource consumption patterns in South-East Asia. I have also conducted research on on the use of interview-based occupancy analysis and for the rapid assessment of the distribution and abundance of forest elephants in Cameroon.

My current research focusses on the challenge of monitoring species over large spatiotemporal scales. I am interested in the ways in which social data can be used for population monitoring to better understand the drivers of population change and as a means of better including local people in the conservation of their environment and natural resources. For many wildlife species, monitoring over large spatiotemporal scales remains a serious challenge. At the root of this challenge lies tension between monitoring methods that prioritise accuracy, and those that emphasise long-term practicality. This trade-off between effectiveness and cost is a pervasive and unresolved problem in biodiversity monitoring. One possible solution has been to draw on the experience of local people in order rapidly to condense information over areas and timescales that cannot be tackled using conventional surveys. However, while there are some good examples of the integration of local participation into ecological monitoring, it remains underdeveloped, and many questions remain about its effective application. This project will evaluate and develop the use of interview-based occupancy analysis for monitoring widespread wildlife populations, working closely with villages adjacent to the Dja Faunal Reserve, Cameroon