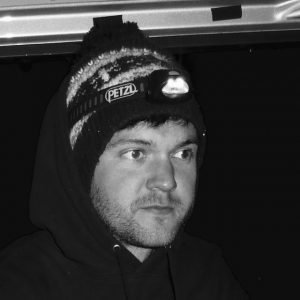 I am currently a part-time London NERC DTP funded PhD candidate and a freelance ecological consultant holding survey licenses for a variety of protected species in the UK. I am a member of the Human Ecology Research Group (HERG) and the Social-Ecological Systems Reading Group (SESRG) in the Department of Anthropology at UCL, as well as a member of Turvey group and the People, Wildlife and Ecosystems research theme at the Institute of Zoology, ZSL. I am a graduate of the Interdisciplinary Centre for Conservation Science (ICCS) and have over eight years experience as a field ecologist, ecological consultant and project manager. I am also the co-founder of Conservation Blog.

I am interested in how humans interact with the natural environment. I want to understand how natural resources are created through resourcefulness, controlled through balances of power, and ultimately entwined in political, economic and social institutions at multiple scales. I also have a particular affinity for the weird, wonderful, rare, cryptic and highly threatened species of the world.

My research is interdisciplinary. I use both social and natural science approaches based around political ecology, multi species anthropology and novel biological monitoring. I use these to understand how environmental issues and conservation policies play out on the ground as well to provide robust evidence for the conservation of highly threatened, rare and cryptic species. I investigate the implications of natural resource management policy for local livelihoods and systems of governance, as well as outcomes and their sustainability for people, environment and biodiversity.

In particular, I also want to understand the process by which nature becomes detached from local ecologies, livelihoods and knowledge, and how this process interacts with the dominant conservation policies of protected area formation and a variety of project-based conservation interventions. I hope to reconcile some of the contradictions found in conservation and development narratives so that we can create a space for an alternative more nuanced understanding that sees conservation policies implemented fairly and sustainably within complex social-ecological systems. To do this, my research uses a range of qualitative, quantitative and participatory methods with a historical and multi-scale perspective.